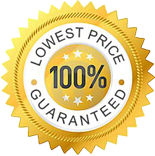 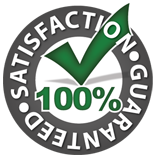 American Star Plumbing does more than just clear your drains. We can also repair or replace water and sewer lines to correct a number of problems, including:

American Star Plumbing technicians and plumbers are fully trained in the use of state-of-the-art equipment and technologies to solve all of your plumbing and drain problems, including pipe repair and replacement.

Traditional Repair Method Sewer line repairs are typically performed using the "open cut" or "trench" method to gain access to the area surrounding the damaged portion of the pipe. A backhoe may be used to open and refill the work area.

Pipe Bursting We make small access holes where the damaged pipe starts and ends. Using your broken sewer line as a guide, our hydraulic machine pulls full-sized replacement pipe through the old path and breaks up the damaged pipe at the same time. The new pipe is highly resistant to leaks and root intrusion, with a long life expectancy.

Pipe Relining Relining is the process of repairing damaged sewer pipes by creating a "pipe within a pipe" to restore function and flow. Epoxy relining materials mold to the inside of the existing pipe to create a smooth new inner wall, similar to the lining found in food cans.

Many times, pipe relining can be performed through a building's clean-out access and often requires little digging. Pipe relining may be used to repair root-damaged pipes, seal cracks and holes, fill in missing pipe and seal joint connections underground, in roof drain pipes, in storm lines and under concrete. The relined pipe is seamless and durable, and all materials used in the relining process are non-hazardous.